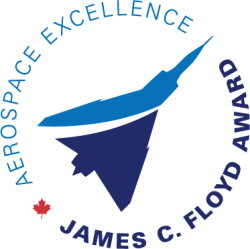 The James C. Floyd Award is an annual award that recognizes an individual or team that has made an exceptional contribution to Canada’s aerospace industry.

The James C. Floyd Award acknowledges individuals or a team that has made an outstanding contribution to the Canadian aerospace industry. This contribution may be a technological, political, entrepreneurial, research-based, policy-based or student accomplishment, of which the significance and impact warrants an exceptional level of recognition.

Any individual or team from an AIAC member company, Canadian university, college or research institution, or government department may be nominated for this award. Nominees of all ages and experience levels — including students and individuals that have recently entered the workforce — will be considered.

Nominees must demonstrate at least one of the following achievements:

Additional factors that may be considered include the nominee’s initiative, perseverance, creative problem-solving skills, contribution to the public perception of the industry at home and abroad, creation of partnerships, involvement in the broader aerospace community, and the nominee’s people management and leadership abilities.

2019 nominations are now closed. Stay tuned for the opening of 2020 nominations next year!

Applications for the James C. Floyd Award must be received by October 11, 2019 and must include:

The James C. Floyd Award is presented annually at the Annual Aerospace Dinner, which takes place during the Canadian Aerospace Summit. This event gathers attendees from all segments of the Canadian aerospace industry, other leading aerospace nations, various levels of government, the financial and investment community, and international and trade press.

This year’s Dinner will take place on Tuesday, November 12, 2019 in Ottawa, Ontario.

James C. Floyd is one of the great figures in Canada’s aviation history. As chief designer for Avro Canada, Mr. Floyd played a central role in the development of some of the greatest planes ever produced in Canada, including the C-102 Jetliner, the CF-100 fighter and the Avro Arrow. Members of his design and engineering team later played key roles in America’s Apollo project to put a man on the Moon.

After the cancellation of the Avro Arrow project, Mr. Floyd established his own international aviation consulting company and made contributions to a number of state-of-the-art projects around the world.

In 1950, Mr. Floyd became the first non-American recipient of the Wright Bros. Medal for his work on jet transport technology, specifically the design of the Avro Canada Jetliner, the world’s first regional jet passenger aircraft. He was consultant to the British Ministry of Technology on the Concorde project from 1965 to 1972.

Mr. Floyd was inducted into Canada’s Aviation Hall of Fame in 1993. 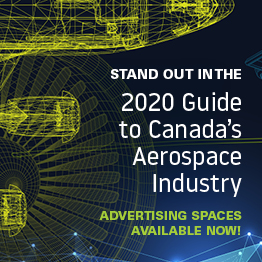